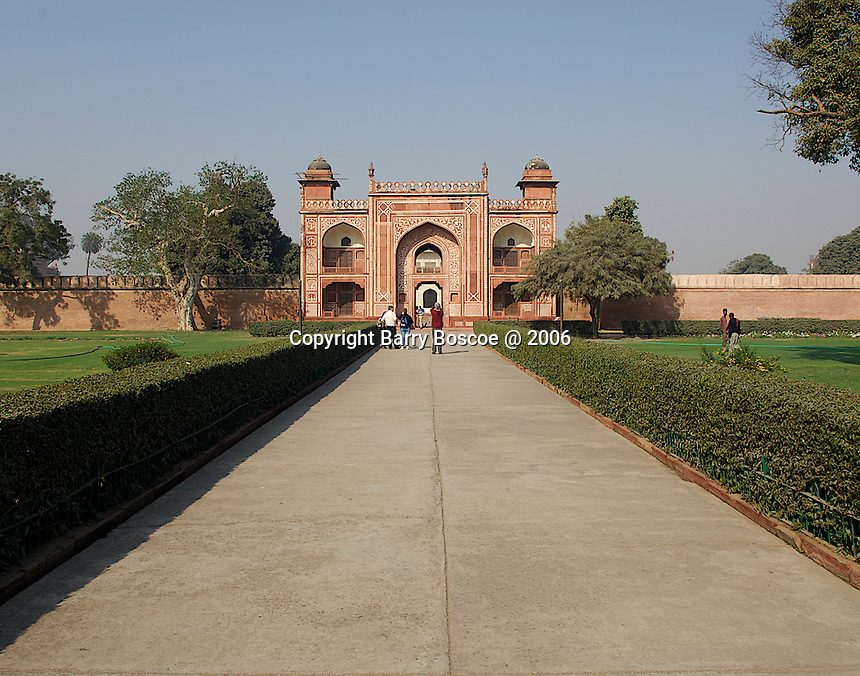 Entrance to Itmad-ud-Daula's Tomb, a Mughal mausoleum in the city of Agra in the Indian state of Uttar Pradesh. Often described as 'jewel box', sometimes called the 'Baby Ta?j', the tomb of I'tima?d-ud-Daulah is often regarded as a draft of the Ta?j Mahal..